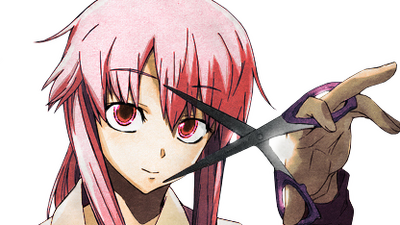 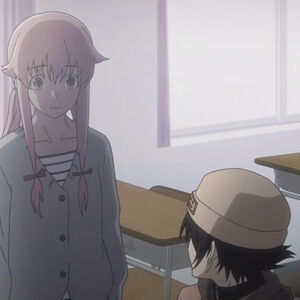 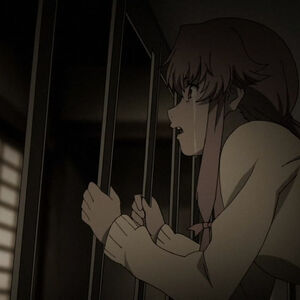 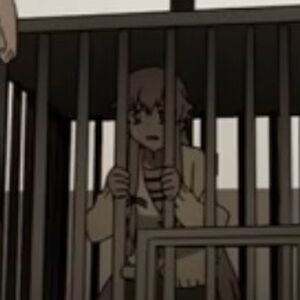 When I saw Yuno Gasai, I was like, Why does she seem familiar? 🤔

Why does it feel that Satō Matsuzaka and Yuno and similar?

Now that I'm comparing them with knives, maybe they don't seem familiar.

Yuno Gasai is probably one of the most popular Yandere of all time, often referred to as the "Yandere Queen." Yuno only cares about Yuki and Yuki only. In the death game of Future Diary, Vote for her please : https://www.polltab.com/ANmzZHZkzlA 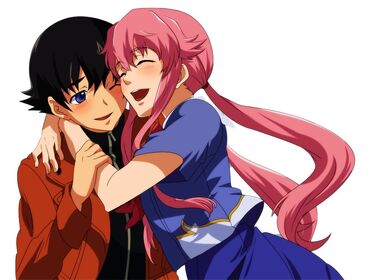 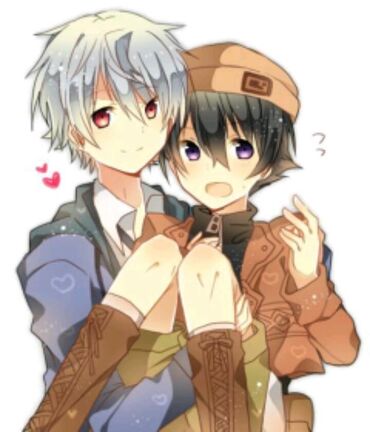 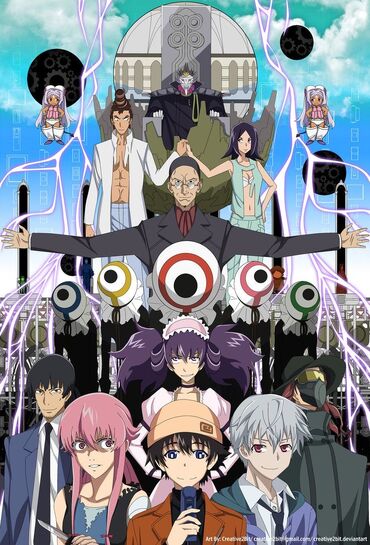 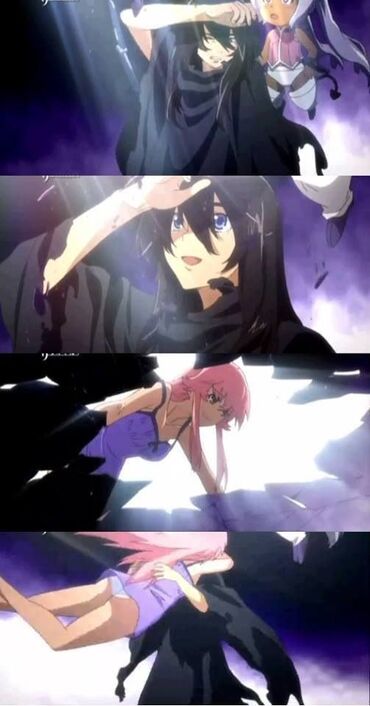 The ending was fine.

Yuno Gasai is practically the poster girl of the ‘Yandere Girlfriend’ archetype. That is understandable, as over the course of Mirai Nikki (the series her character is from), she performs multiple acts of murder for Yukiteru Amano (the object of her affection), the protagonist. But, there is so much more to her character than ‘psycho, possessive yandere’. In this blog, I’m going to talk about three things about Yuno that the anime community should know.

For starters, let’s discuss her childhood trauma. Yuno’s life started out happy, but the eventual strain of money emotionally and psychologically caused this to change. She endured abuse at the hands of her adoptive mother. This abuse included locking her in a cage, starving her, and even forcing her to eat things that people shouldn’t ingest (although in the anime, it’s implied that Yuno did this to herself to survive). Her adoptive father didn’t participate in abusing her, but he didn’t do anything to stop it, either. At the age of 12 (I repeat, she was 12), she managed to turn the tables and trap both her parents in the cage. However, she neglected them, and they ended up starving to death. I don’t think she meant to kill them, but either way, it happened. Poor Yuno, unable to handle the fact that they were corpses, continued to talk to them as if they were still alive. Their home electricity eventually cut out, leaving the poor girl to sit in complete darkness at night.

Now we move on to her interactions with Yukiteru. Yuno and Yuki met at a time when Yuno was at her lowest, two years after the deaths of her parents. They were both in detention (for unspecified reasons), their assignment being to write about their dreams for the future. She didn’t have any dreams, so she turned to the only other person in the room: Yuki. After asking him what his dreams were, she learned that he wished to go stargazing with his recently-divorced parents. Realizing it wouldn’t happen, Yuno offered to go stargazing with him instead. She proposed becoming his bride. Yuki, thinking that she was joking, said they would get married when they grew up. In her point of view, she thought he was serious, and that became the center of her world, as did he. He provided her with a life purpose, and a stabilizing influence in her normally chaotic and violent life. I believe that as a result of this, she received the Diary that completely revolved around him. It was shown multiple times over the course of the series just how deeply insecure Yuno is about the possibility of ceasing to be the center of Yuki’s world. Her absolutely crippling fear of losing him is the only thing that can cause her to lose her composure.

To wrap this up, I’ll mention one final topic: her intelligence. Yuno has been seen multiple times to be surprisingly skilled in setting traps, being able to set up traps around an entire abandoned hotel, utilizing items such as electronic locks and gas. She is also very proficient at dissecting the weaknesses of her opponents. In addition, she is quite apt when it comes to stealth and all kinds of weaponry. This also extends to poisons and drugs, although she mainly utilizes weapons. Despite her scrawny appearance, she has demonstrated impressive feats of physical strength. Yuno also obtained divine powers after winning the first Diary game, which only added to her formidability.

I hope this helped you learn a lot more about Yuno Gasai, and the true depth of her character. I had a fun time writing this, because my baby deserves more recognition than what she currently gets. The fandom really sleeps on her, and I’m on a mission to change that! Feel free to suggest characters that you feel need to be talked about, and I’ll do the best I can to make it happen.

The permalink to my blog on blogger.com